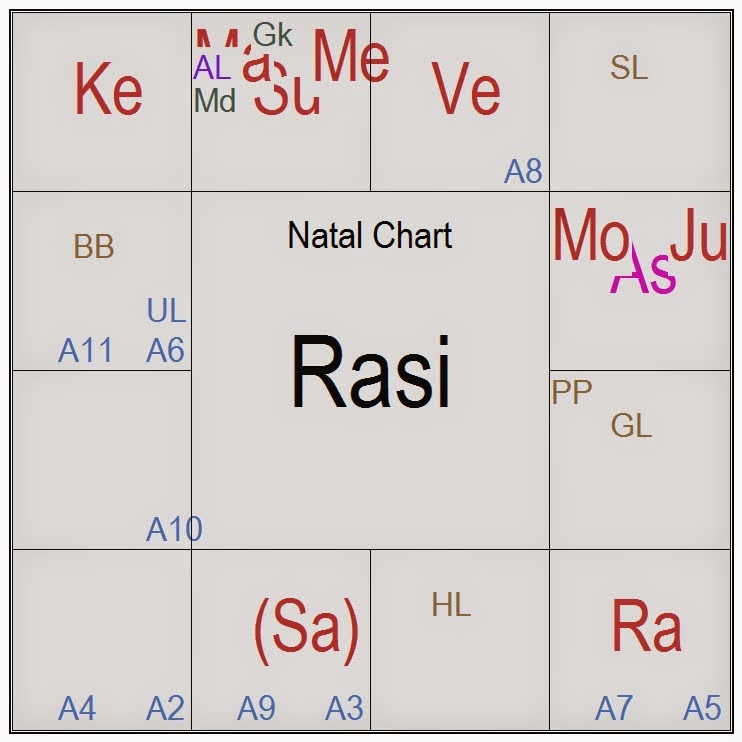 As Saturn is nearing the place in Scorpio to have a clear aspect of Rohini Star,very alarming signs of global disasters are appearing. I have no doubt on the handiwork of Saturn in the recent spine chilling Nepal Earthquake which also shook many parts of Central and Eastern India.In my older posts on Rohini Sakata Bhedan series written in September-2014,I had clearly indicated about all such global disasters.

If is a common observation that natural disasters do happen at such places where the eclipses are visible totally.This subtle relation between eclipses,movement of planets and disasters on Earth was noted down and understood clearly by the ancients.

The recent Lunar eclipse was fully visible in Eastern India and parts of Central India.Now the areas affected by the earthquake also are those ranging from Kolkata to Khatmandu.

On Friday the 24-4-2015, there was exact quincunx aspect between Saturn and exalted Sun.The very next day the earthquake hit the Earth.

Heavy loss of life on Earth is sure to happen every time Saturn touches Rohini Star either by position or by aspect.I think many more disasters are in offing as Saturn has just started touching Rohini star by his seventh aspect.

The articles with statistical data describing the disastrous results of Saturn's 7th aspect on Rohini Star was published by me in September-2014,a full 6 months before all this started happening.